Own A Vacant Commercial Building? Beware

If you own a vacant commercial property like a retail shopping center, office building, industrial building, etc., be really careful when it comes to your property insurance. There are limitations with coverage.

With respect to Covered Causes of Loss other than those listed in Paragraphs (1) through (6) above, an insurance carrier will reduce the amount they would otherwise pay for the loss or damage by 15%.

If you own a commercial building which is currently vacant, or if you know you will be losing a tenant soon, the first thing you should do is contact your insurance broker to see what options are available before you secure a new tenant.

Construction Material Cost Continues To Increase. What Does This Mean For My Commercial Building?

Construction material costs increased by 7.4% in September compared to the same month in 2017, according to an Associated General Contractors of America (AGC) analysis of U.S. Labor Department data. In the past year, tariffs have caused producer price index increases of 29.3% for diesel fuel, 22.1% for steel pipe and tubing and 11.7% for fabricated structural metal, among other cost increases. Over the past year, contractors increased their construction fees for nonresidential properties by 3.5%, which indicates firms are absorbing increased costs, according to the report. Additionally, 80% of respondents to an AGC August survey reported difficulty filling hourly worker positions, resulting in 62% of firms paying higher salaries to attract and retain workers.

What does this mean for my Commercial Building Insurance policy?

If you own a commercial building, whether it be an apartment, industrial, office, or retail building, you should pay close attention to the Building insurance limit you have on the policy.

Perhaps you secured a policy years ago and haven’t looked at it in a long time. Or, have no idea how much you should be insuring your building for in the event of a fire, or earthquake.

Our economy is cranking right now. Contractors have more jobs than they know what to do with. Their employees are in high demand and they need to pay high salaries to keep their talent. More demand equals higher costs.

This isn’t 2009 when contractors were begging for work and you could basically name a price when hiring them for a job. They are busy and selective on which jobs they choose in today’s economy.

From what we’re hearing from Southern California based general contractors right now, their costs for material and labor are at least $300-$400 per square foot to build. So if you have a 20,000 square foot commercial building, you should probably be insuring that for at least $6M Replacement Cost value (20,000 x $300 per sq/ ft).

My suggestion is that you dig up your commercial building insurance policy and check what limits of insurance you have for the building coverage. If you’re severely underinsured, call your commercial insurance agent/broker and ask them what it would cost to endorse your policy with the limits suggested above. You’ll be happy you did if you suffer a loss in the coming day/week/month/year. 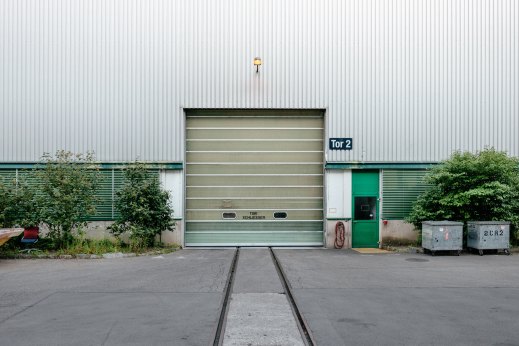 On Tuesday I visited clients burned commercial industrial warehouse building in Carson, CA which was severely damaged by a fire several months back. Things are currently going through the long slow process of city permits to re-build and our carrier hashing out the claims details with the tenant’s carrier to get the insurance claim adjusted. We’ll be writing a Builders Risk insurance policy to take care of this bad boy and get it back in shape and operational again. Here are pictures of the damage to this industrial warehouse building: 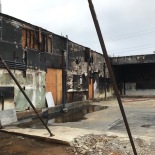 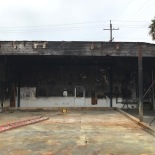 No matter where you live or where your property is located, you can take advantage of many federal tax deductions available to commercial property owners across the U.S. For example, you can deduct the premiums you pay for nearly every insurance option for your commercial rental activity, including:

A major benefit of commercial property insurance is that it allows you to combine the many types of insurance covered into a single, cost-effective package policy that can help you get far better deals than if you purchased your insurance coverage’s a la carte (Property, General Liability, Business Income, Umbrella, etc.).

Furthermore, in the event that your commercial real estate property is adversely affected by a rare weather event like a flood, you can obtain a tax deduction for all or part of your loss.