Well here we are, Monday, bunkered up in our homes with our tribes self quarantining ourselves from society the to help stop the spread of the Coronavirus. It’s eerily slow at work. There’s so much uncertainty in the air. I am positive this will pass soon though. As long as we all follow directions and do our part to help slow the spread of this thing. And the faster we stop the virus, the faster we can get this economy back in motion and pumping again.

I’m personally not worried about getting sick from the Coronavirus, I’m just anxious about the repercussions it will have on society and the economy.

I was skeptical about all the news at first but to those who don’t want to listen to authority, stop being stubborn and just listen to this. It’s 18 seconds of some of the best advice you’ll Get on the Coronavirus:

I don’t want people to get sick but most importantly I think we all can agree that we just want to get back to “normal” life and this is the only way we’re going to get there.

The faster the better

Keep your eyes open and pay attention to what you’re doing people! Not only while you’re driving either.

The infamous Rodney King,  whose videotaped 1991 beating by police ignited the Los Angeles riots the following year, was arrested Tuesday afternoon in Southern California, suspected of driving under the influence. King was driving erratically and was taken into custody where he was evaluated and later arrested on suspicion of DUI of drugs or alcohol.  He was also convicted of DUI for a 2003 traffic stop where he was found driving under the influence of PCP. 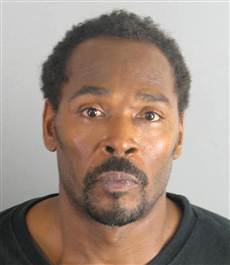 Let this be a lesson about the costs of getting a DUI. Everyone knows drinking and driving is dangerous, but most don’t think about the possible financial repercussions driving under the influence of alcohol or drugs.  You may have a few drinks at the bar, or even dinner for that matter and think no biggie, I just want to get my car home and avoid the cost of a $30 taxi ride.

Well think again before getting behind the wheel. $30 is chump change compared to what you’ll be paying if you get nailed for a DUI. From court costs, fines and attorneys’ fees, to traffic school, probation and higher insurance premiums, expect to pay $10,000 or more for the experience here in California. Not to mention a big pain in the arse dealing with the bureaucracies and other non-financial hurdles you must go through in the process.

From the moment you’re taken into custody, you start a running tab, and we’re not talking about a bar tab here. Each jurisdiction’s costs, fines and penalties will be a little different, but this is what you can expect if you’re suspected of driving under the influence of alcohol or drugs:

Next time you’re out enjoying adult beverage’s, don’t let the alcohol do the thinking when it comes time to close your tab and leave the bar. Just print this blog post out and put it in your purse or back pocket to remind you the list of troubles you’ll be dealing with should you get caught for a DUI. Not to mention the danger you’ll put others in if you get behind the wheel. Case in point…..Rodney King.

THEFT: This cat gives a new meaning to the term Cat Burglar.

To put an insurance spin on this one, it’s worth noting that theft is covered on most property insurance policies, unless excluded by an endorsement. Be sure to check with your agent.

Hilarious vintage ‘Today Show’ clip of a much-befuddled Katie Couric struggling to figure out “What is the internet?”

How things have changed…

Mall employees watch security footage of a girl falling face-first into a fountain while texting away on her phone.

The Luckiest People On Earth!

QVC Host: “Well, you know, it’s a very slippery floor up there in front of our door sometimes.”

Enough said. Enjoy watching but don’t let this inspire you to try this on your Vespa

Looks like I have a lot of work ahead of me today putting up lights. Careful, you may have a seizure watching this one:

And this was my idea of lights: